Dr. Robert Shabanowitz '75, Ph.D. is the recipient of the 2020 Distinguished Achievement Award, which will be presented at Reunion 2020. This award recognizes Elmira College alumni who have distinguished themselves and the College by making a difference in society by improving the quality of life in their local, national, and global communities, and have demonstrated success as a leader in their professional and community work.

Shabanowitz graduated from Elmira College with a Bachelor of Arts in biology. Following Commencement, he attended Kent State University where he received his Master of Science and Doctor of Philosophy. He taught Anatomy and Physiology at Ohio Wesleyan University for one year before finishing his postdoctoral studies at the Laboratories for Reproductive Biology at the University of North Carolina at Chapel Hill.

As an assistant professor in the Department of Obstetrics & Gynecology at the University of North Carolina, Shabanowitz spent five years as laboratory director for the in vitro fertilization program at Chapel Hill.

Recently retired, Shabanowitz spent 27 years at Geisinger Medical Center in Danville, Pennsylvania, where he arrived in 1991 to develop a laboratory for advanced reproductive technologies. He was a member of Geisinger's Bioethics Review and Advisory Committee for 16 years, spending 6 years as co-chairman and 3 years as chairman. During his tenure on the committee he studied and received an M.A. in Bioethics from the Medical College of Wisconsin in 2013. Shabanowitz has authored papers in the fields of reproductive physiology, medical bioethics and sociology.

Recognizing the importance of continuing education, Shabanowitz and his sister, Judith Shabanowitz Raatz '70 recently established the Harry and Sophie Shabanowitz '79 Endowed Scholarship in Continuing Education. This need based endowment will support adults who wish to start or continue their college education.

Shabanowitz received a certificate in transformative mediation in 2012 from the Central Susquehanna Valley Mediation Center, Selinsgrove, PA. He is a volunteer mediator at the Center and has served on the organization's board of directors, serving as President, and currently as Vice President.

Most recently, Shabanowitz became a lifetime member of the Susquehanna Motorcycle Club, Milton, PA. which he joined in 1999 and served as Vice President for four years. Shabanowitz resides in Lewisburg, PA with his wife of 43 years, the former Christine Lynch '75, along with their dog and three cats. They have three children and three grandchildren. 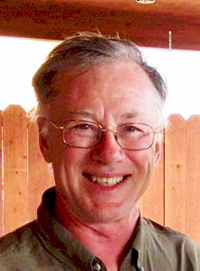