Elmira, NY (08/23/2019) — Elmira College Media Arts Professor Jan Kather has been named a finalist for the 2019 Shakespeare Oxford Fellowship Video Contest. In her video, "Mark Twain's Jar: Who Wrote Shakespeare?," Kather plays off Twain's Is Shakespeare Dead? in which, Twain humorously makes the case for the improbability of a young man from Stratford having the ability to write the plays and poems considered to be the greatest literature ever written in the English language.

"I was aware that Mark Twain famously wrote the book Is Shakespeare Dead?, so I decided to enter the Shakespeare Oxford Fellowship's 2019 video contest," said Kather. "I did so by repurposing some footage that was previously recorded for "Mark Twain's Ghost," a 2017 experimental video project. With my collaborators' permission, I reworked several hours worth of footage into a two minute video that ambiguously answers the question, "Who wrote Shakespeare?" Dr. Lemak has been urging me for several years now to do something with the experimental footage, and I am happy that this project worked out. I appreciate his encouragement and support."

The purpose of the contest is to allow individuals to answer the authorship question "Who Wrote Shakespeare?" Contestants submit unique video segments explaining their specific answer to the question.

To view the full story on Kather's submission, click here. For full details on the contest itself, follow this link. 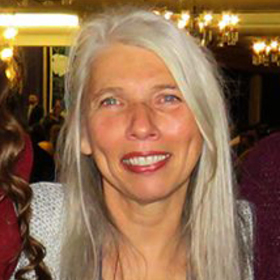